In October Bob Altwein from Vancouver was in Berlin. Unfortunately we did not manage to meet. Since Bob is back in Canada, a continuous stream of sketches from Germany and Berlin appear on his facebook-feed. Bob knows Berlin from many visits, he speaks German and comments on the city in beautiful drawings and text with a clear view. Here are some of his observations - image and text - from the 'S-Bahn':

"S-Bahn with the BVG or Berlin Transit Authority, Greater Berlin
Getting around this city was easy, given the variety of subway,
elevated train, bus and tram lines. When it came to sketching on the transit, there were not one, but two Berlin rail systems: U-Bahn ("Untergrund" or underground rail) and the S-Bahn ("schnell" or fast rail), the latter being always my preference. The S-Bahn carriages were smoother, travelled mostly above ground (and daylit) and stopped less frequently. In short, they were sketch-friendly. 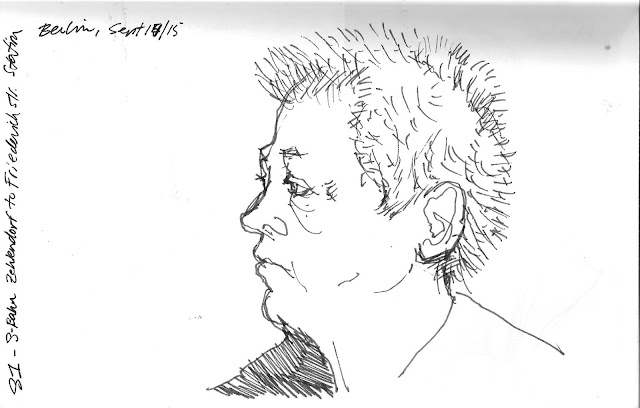 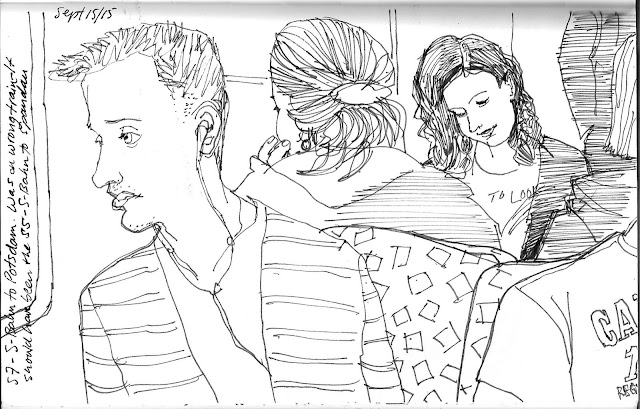 Was so absorbed with sketching that i didn't realize i was on the wrong S-Bahn until i was was down the wrong line. 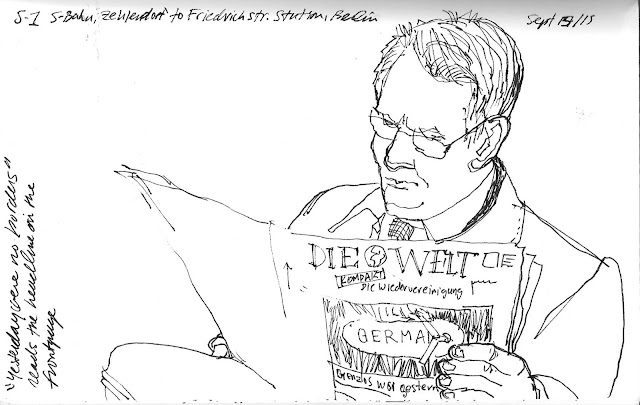 On the S-1. The passenger is reading "Die Welt" (The World), a conservative paper. The lead article headline translates as "No Borders were Yesterday." referring to the refugee issue in Germany. 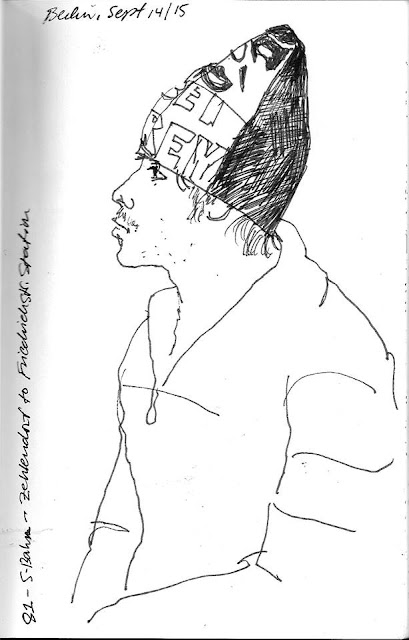 Immigrant youth with a graphic looking toque. On the S-1


U-Bahn with the BVG or Berlin Transit Authority, Greater Berlin. As i mentioned, the U-Bahn was less preferable for sketching, given more frequent stops plus it jiggled and shook a lot more. 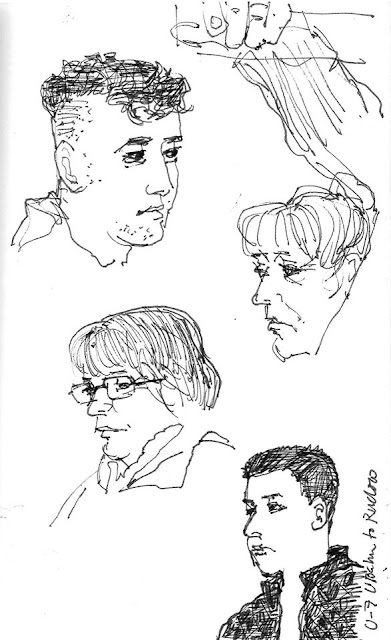 On my way out to Rudow, on the U-7, then a bus ride beyond to Schönefeld Airport. 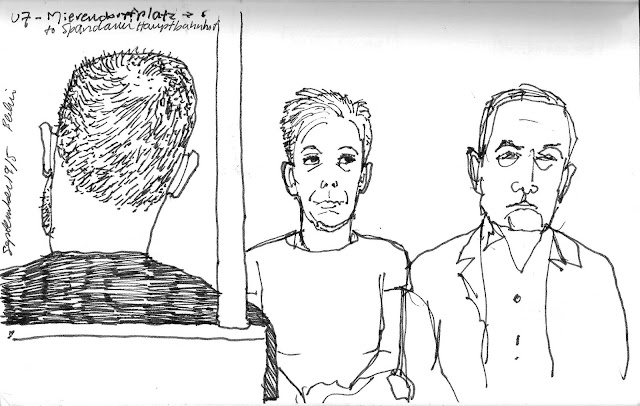 The woman in the middle knew what i was up too, then she would like a way with that slightly weary expression."