I managed to catch the last day of the Rembrandt Bugatti exhibition in the Alt Gallerei last sunday and it was a great exercise in animal anatomy and generally enriching experience. I still find it unbelievable that he sculpted all of these animals "vor ort" so to speak, in the zoos of Paris and Antwerp.

The speed and accuracy at which he must have worked to form these plaster pieces must have been phenominal. Animals I generally find to be very reluctant or ambivalent models, and moving so quick, very difficult to capture in sketch or painting. I read an anecdote about him that he kept Two Antilopes in his Atelier on loan from Paris zoo, for a length of time to get a good look at them, I don`t think that would be  legal today?.

His early death at 31 by suicide was another tragic repercussion of the affects of the first world war.
He died after the demise of nearly all of the animals(through starvation) in Antwerp zoo, which he had so
tenderly and lovingly paid homage to. 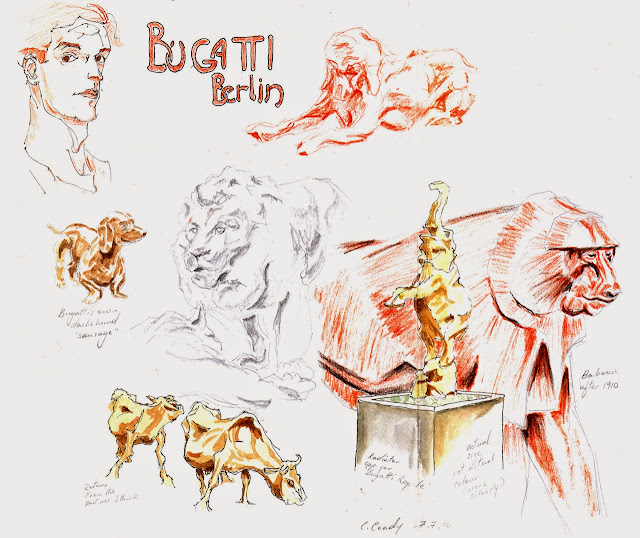